a rich, quick and complete dish. Rabbit is a low-fat white meat that is very healthy and very tender if stewed. For that we can use this mustard rabbit recipe, is a French bistro classic worth getting to know. Braising the rabbit in the rich and flavorful mustard sauce yields succulent, tender meat. You’ll want to slurp the sauce up with a spoon or soak it up with some crusty bread.

What Is Rabbit Meat Called ?

rabbit meat does not have a special name, it is simply called, « rabbit meat. » Despite it being a rarity on many North American menus, it is a very popular dish across different parts of the world.

Rabbit meat is unique from other meats in that it is entirely white meat. It has many nutritional advantages over other meats, such as a lower cholesterol amount than any other meat, more protein per serving than chicken, fish or beef, and the lowest amount of calories per serving. The USDA says that rabbit is the most nutritious meat known to mankind.

Why Is Rabbit Meat So Expensive ?

Cost of raising rabbits is higher

Because of the individual care the rabbits need, raising rabbits for meat takes up quite a bit of the producer’s time.

That extra time to raise the fryers (young meat rabbits) will be reflected in the price of the meat.

Why? There is no economical and productive way automate or mostly automate rabbit raising.

Anything that can not be automated or highly automated takes more barn space and people time for the animals raised.

The rabbits stay with their mom until they reach market size

One of the biggest disadvantages of meat rabbits compared to other quick growing meat animals, like broilers, is that with rabbits the doe (the mom) needs to stay with the baby rabbits (called kits) to raise them to market size. This means that a significant portion of the cage and the feed is going to the doe (who is not being sold). The feed still has to be paid for, but the rabbits being sold did not eat it!

The second difference with rabbits compared to other animals is that rabbits, despite being in cages, end up needing more space per head (on a body weight basis) than a chicken or a pig.

Rabbits do not factory farm

As mentioned above, rabbits do not work out for a factory farm setting. While there are some very big rabbit farms, the needs of the rabbits remain the same as the needs of the rabbits on small farms. The pen size is the same. The feed (pellets of complete feed) is the same. Rabbit farms with loads of rabbits would have automatic watering set up and possibly even automatic feeders, but the care of the adults would still need to be done by hand. Things like putting in nest boxes, taking out the mom at weaning, putting the mom in with the buck again, all done by hand in rabbits. 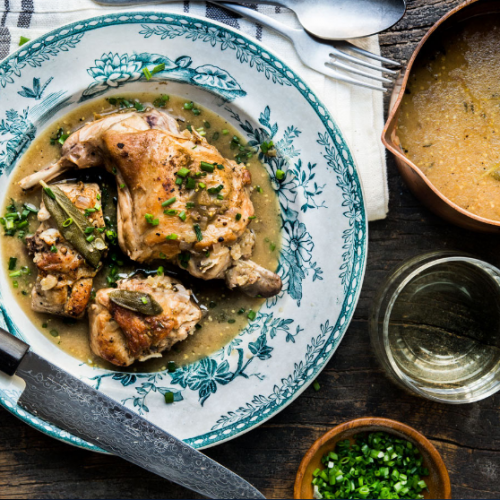 Basic quiche recipes-using any garnish of your choice !!

The Best Classic Meatloaf Ever !!!