Simple, cheesy, gooey and addicting, this non-traditional poutine recipe is a fun and addicting dinner, appetizer or munchie recipe that you must try once in a lifetime; it’s one of those foods that is Messy, gooey and delicious. Learn everything you need to know to make Authentic, Canadian Poutine right at home!

Poutine is French Fries that are topped with cheese curds and brown gravy.

Where Did Poutine Originate :

Poutine originated in Quebec, although there are varying stories as to how. One such story is that a customer requested that cheese curds be added to their French Fries at a restaurant called Le Lutin qui rit.

“Pu-tsin” is really the correct pronunciation of the word, not “Poo-teen”.

Why is it Called Poutine :

“Poutine” is Quebec slang for “a mess”.

How to Make Poutine : 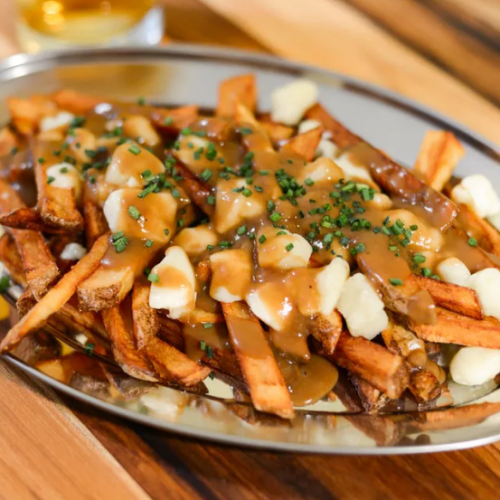 cheesy, gooey, and addicting, this Traditional Poutine recipe is a fun and addicting dinner, appetizer, or food craving recipe that you must try once in a lifetime. It's quick and easy to prepare and it feeds a crowd
Imprimer la recette Pin Recipe

Roast veal in casserole with mushrooms !!