If you are wondering what « Horchata » is, it is a Mexican drink made from rice and cinnamon The term horchata in Spanish refers to several types of drinks made from plant products, mainly tigernuts It is very refreshing, and it’s very easy to do! This drink is perfect anytime, but it’s especially good when the temperatures start to rise!
This Horchata recipe is great for saving when summer is booming, hot like Hades. Plan ahead: better to do it overnight … I know it sounds long, but I promise it is very easy, and worth it! 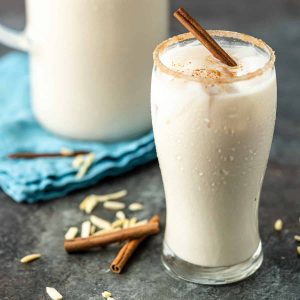 how to prepare white pizza with three cheeses...

How to make tasty cheese curds ?